As early as 1791, trademark protection was being requested. A group of Boston sailcloth makers petitioned congress for the ability to register their marks. The problem was given to the Secretary of State, Thomas Jefferson. He decided:

That it would, in my opinion, contribute to fidelity in the execution of manufacturing, to secure every manufactory, an exclusive right to some mark on its ware, proper to itself.

That it will, therefore, be reasonable for the general government to provide in this behalf by law for those cases of manufacture generally, and those only which relate to commerce with foreign nations, and among the several States, and with Indian tribes. 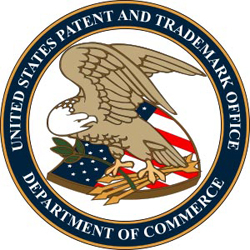 No laws were past at the time though. The first US trademark law was not enacted until 1870. Trade grew rapidly after the Civil War and manufacturers needed a way to establish their identity and protect against infringement.

The first U.S. trademark was registered under this law. In 1870, Damon R. Averill received trademark protect for an eagle logo. This logo was used to identify a brand of ready-mixed painted made of linseed oil and zinc oxide produced by the Averill paint company.

The trademark law was amended in 1878. But shortly after that, the law was declared unconstitutional. The Supreme Court struck down the law in The Trade-Mark Cases because it exceeded the powers granted by the patent and copyright clause of the constitution.

In 1881, Congress passed another trademark law. This law was based on the commerce clause of the Constitution which was what Jefferson had originally suggested. This law could only protect trademarks used in interstate commerce and dealings with Indian tribes. As the American economy changed, this law quickly became outdated. In 1905, the statue was given a major overhaul and then also saw additional changes in the years after.

On July 5, 1946, the Lanham Trademark act was passed. The act modernized the trademark law in the United States. Still Federal registration of a trademark is limited to trademarks and services marks used in interstate commerce. Amendments to this act have been made over the years. A 1999 amendment, the Anticybersquatting Consumer Protection Act, granted trademark protect to domain names. If a company owns a trademarked name, they also have rights to the corresponding domain name.

Unlike U.S. Patent laws, each of the fifty U.S. states has its own trademark laws and registration as well. State registration can be applied to instate commerce. The registration of a Federal trademark does not necessarily have rights over a state trademark. The time of registration and the actual use of the mark are all taken into consideration.