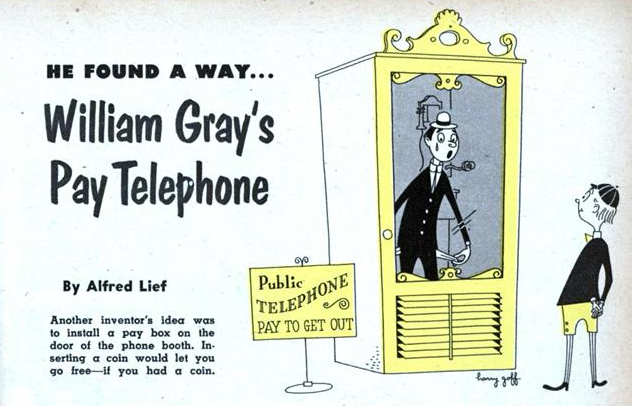 This week in Invention History, we mark two important events in the development of the telephone.

First, in 1880, Alexander Graham Bell successfully made the first wireless phone call from the roof of the Franklin School in Washington, DC. Then, nine years later, the pay phone was invented in New Haven, CT.

That’s right, wireless calling predates the notion of charging for a phone call by nearly a decade, even though the latter would dominate the world of telephony for the better part of the following century.

The Photophone: Bell’s Most Important Invention

Before getting to the end, let’s go back to the beginning. Barely four years after receiving a patent for his best known invention (that is, the telephone) Bell successfully, and very publicly, demonstrated what he would remember as his most important invention.

On June 3, 1880, Bell stood atop the roof of the Franklin School in Washington, D.C. He set up a device which would use captured sunlight to literally beam his voice to a similar contraption
He called it the Photophone. So excited about the breakthrough, Bell also called it his “greatest invention.”

Bell was probably more right than even he realized. You see, while the Photophone itself proved tricky to operate – range was limited and anything less than perfect weather would disrupt its capability – the concepts demonstrated would go on to inspire even greater developments in wireless communication. 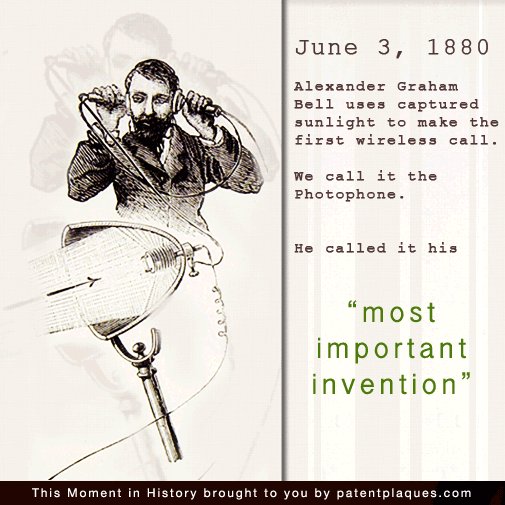 Unfortunately, Bell wouldn’t live to see such developments. And in the meantime, other men were busy fiddling with other means to get success on the line…

The Pay Phone: Because… Why Not?

While Bell was down in D.C. devising a way to transmit sound over light, a little further up the coast, a man by the name of William Gray was busy being frantic about getting his hands on another of the industrious Scot’s inventions.

It was 1888, and regular telephones had barely begun to proliferate the countryside. Connecticut machinist William Gray’s wife had taken ill, and so he really, really, REALLY needed to phone a doctor.

But, the nearest phone was in a factory.

And, it was for “private use only,” insisted the manager.

So, it was only after some serious pleading that Gray was allowed to use it.

And, it was only after said pleading that Gray had his brilliant idea: Why not make public phones available for everyone for a small fee?

And so the next year, June 1, 1889 to be exact, William Gray “installed” his first “pay phone” at a bank in New Haven, CT. And yes, this is technically two days before Bell’s Photophone was publicly demonstrated, but this first “installation” was nothing more than an attendant sitting next to a phone and collecting a coin from a would-be caller, so it doesn’t really count.

It wasn’t until 1889, when William Gray made his second installation at a Connecticut bank – this time in Hartford – that the payphone was truly born. Gray’s first model was a “post pay
machine, meaning he required payment after the call was made. Prepay phones showed up 9 years later, and by 1902, over 80,000 payphones could be found throughout the country. 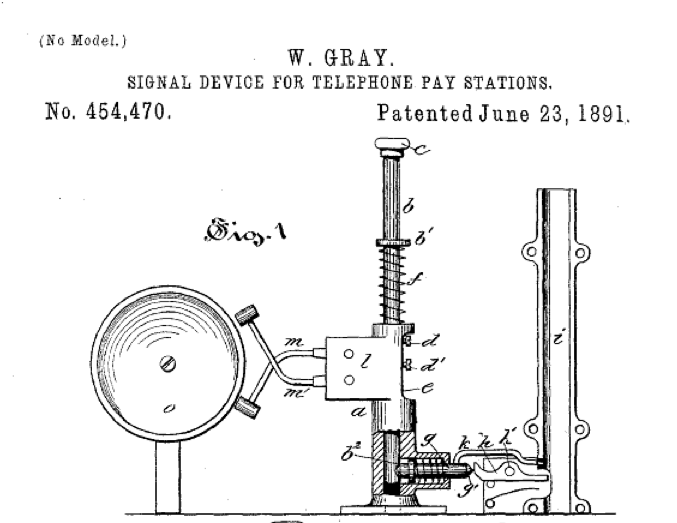 But it wouldn’t belong before recent developments in wireless technology would put cell phones into the pockets of millions, nearly extirpating the pay phone from America overnight. Today there are about 500,000 functioning pay phones left “in the wild.” That’s still about 1,000/state, but it’s only a quarter what it was 13 years ago!

And to think, the rise and fall of the ubiquitous pay phone, which centers around Alexander Graham Bell’s most famous invention, can be attributed to his work on his most important invention.

At the very least, his wireless Photophone showed undeniable proof-of-concept that transmitting sound through thin air was entirely possible.

At the most, the exact use of light to transmit information would resurface in the Digital Age… as fiber optics.

And somewhere in the middle, we realize the concept that would ultimately lead to the decline of the pay phone was actually invented almost ten years before the pay phone even existed.

Now, that’s worth calling home about!