In part one of this series, we talked about utility patents and how they are the oldest and most common in the United States. American inventors have been able to patent their new, functional ideas and objects since 1790.

Now, if utility patents require an object to have some unique and different functionality, what do you do when you want to protect the distinctly unique ornamentation of your functional product?
…you apply for a design patent, of course!

Design patents cover the ornamental design of a functional object rather than the function of the object itself. According to the USPTO, to be eligible for this type of protection, the design must be one for:

Similar to utility patents, those for designs must also be new, original, and unobvious. Additionally, the design must be repeatable or reproducible – it cannot be a one-off or one-of-its-kind composition. In cases where both the design AND functionality of an object should be protected, the inventors would apply for both design and utility Patents, respectively. Alternatively, if the design is of a non-functional object, or one that exists on its own, copyright may be a more suitable means of intellectual property protection. 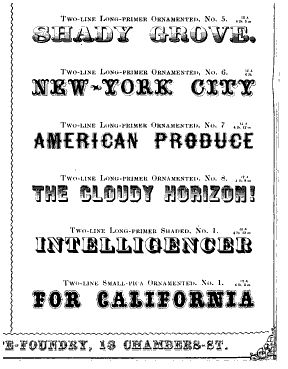 Design patents typically have only one claim, relying mainly on drawings to show what is being protected. Once a patent has been issued, the holder or assignee has exclusive right to produce and sell a product with that particular “look” in the US for the duration of the patent.

Design patents are issued with consecutive serial numbers preceded by the letter D. The first of these, Patent D1, was issued November 9, 1842 to inventor and renowned typefounder George Bruce for a number of fonts. Ironically, Bruce’s patent application is handwritten and contains no printed samples of his works. He does mention having included actual samples of the print blocks, but in the document itself he only describes the fonts by their technical names and styles.

Design patents also have higher acceptance rates and shorter wait times from application to issue than utility patents, leading some to suggest that this particular form of protection is more of a “registration system” than a true examination-based process.

Design patents are valid for 14 years from the date of patent grant, and, unlike utility patents, their applications are kept secret until the actual grant is issued.