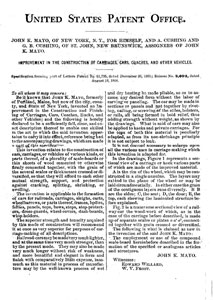 Although plywood is considered a modern building material, its origin can be traced to ancient times. Remnants of plywood have been found in Ancient Egyptian tombs. There was a shortage of fine wood in Egypt. In order to save the higher quality wood for the exterior of furniture and other decorative products, the Egyptians glued thin sheets of the high quality wood to the lower quality more available wood. Ancient Chinese were known to use a similar technique for furniture. In the 1600 and 1700’s, the British and French experimented with different types of plywood.

The first patent for plywood was issued to John K. Mayo on December 26, 1865. He also received patent number RE3092 which was a reissue of the patent on August 18, 1868. The reissue describes his plywood as: “The invention consists in cementing or otherwise fastening together a number of these scales of sheets, with the grain of the successive pieces, or some of them, running crosswise or diversely from that of the others…” Although Mayo invented a new kind of wood, it seem that he did not attempt to capitalize on his idea. There is no record for him starting a business or otherwise utilizing his patent. 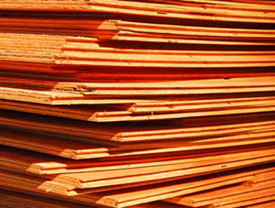 It was not until the early 1900s, that plywood became a popular building material. The 1905 World’s Fair in Portland Oregon popularized the product. Portland Manufacturing was among the local businesses who had exhibits at the fair. Gustav Carlson, plant manager and part owner of Portland Manufacturing, laminated wood panels from different Pacific Northwest soft woods. He used paint brushes to spread the glue and jacks as pressed. The 3-ply veneer work exhibit created great interest among door, cabinet and truck manufacturers. Orders were placed for the new material and a whole new industry was born.

Plywood is manufactured from thin layers of wood peeled from trees. An odd number of layers are laid with the grain perpendicular to each other. Designing the wood this way makes it resistant to cracking, shrinkage and warping. Plywood is, also, very strong and can not be bend easily. These features have made plywood into one of the most commonly used wood products.

One thought on “Invention of Plywood”