It can melt in high temps and shatter if it gets too cold but, imagine life without the effects of foam rubber?

Difficult to fathom, chances are there’s only one word that can aptly describe not having comfy seats or good night’s sleep.

Yes, hard is what we’d have if it weren’t for British Scientist EA Murphy.

On July 3rd in 1929, Murphy inadvertently whipped up the first batch of foam rubber which would later lead to the cushioning of the things we may assume were always soft.

And while it’s hard to say how high his hopes were at the time, EA Murphy was the man who moved some of that rubber tree plant into a blender to become what mattresses, motorcycle seats and more are made from. 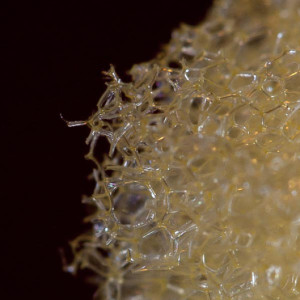 In its natural form, latex is a milky white liquid tapped from the trunks of rubber trees. This pure latex gets whipped up with water to create a thick froth. The froth is sometimes exaggerated using CO2 gas. Once frothy, the mixture is heated to the point of vulcanization (about 240°F) which results in the formation of long molecular chains with strong cross-linked bonds, giving the resultant foam rubber its ability to recover its shape after compression.

But, whether EA Murphy the scientist and employee of Dunlop Latex Development Laboratories got a raise and a promotion, we may never know because most of what’s to be found about Murphy’s memory is limited to the foam.

However, as humans and their pets settled into the softness of everything from beds to bikes, Canadians Roy Clark and Donald Westfield were busy inventing a “Process for producing foam rubber backed textiles” (think coating on carpets)

Meanwhile, the Japanese are reportedly developing a “super-rubber” which would lead to a product better able to withstand “extreme temperatures without any negative effects.”

“The unique features of this new super-rubber make it ideally suited for use in extreme conditions like spacecraft and car shock absorbers. Incorporating it into clothing also means that you can have a truly non-wrinkle shirt. Perhaps most exciting is the electricity conducting abilities of the carbon nanotubes, which means that, if its used in shoes or shock absorbers, the material could theoretically harvest and store the electricity generated.”

Oops, looks like it’s time to tap on the trunks of those rubber tree plants with high-fives of hope for the future of foam – no ants required.