Webster’s dictionary defines serendipity as the faculty or phenomenon of finding valuable or agreeable things not sought for. Accidental discoveries have happened in all fields and disciplines. Some great advancements in medicine have been the product of serendipity. Nitrous oxide as an anesthetic, rubber gloves to control infections and insulin are among these discoveries: 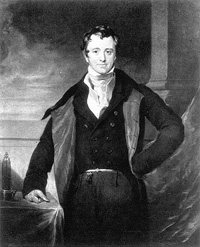 Nitrous Oxide as an Anesthetic
In 1798, Humphry Davy took a position at the Pneumatic Institution which was investigating the use of gases in the prevention and cure of diseases. At the Institution, Davy discovered that nitrous oxide could be inhaled by people. Davy did various tests of the gas on himself and his friends. A chamber was even built for the inhalation of the gas. Through these tests he discovered that inhalation brought about an altered state of intoxication. He also realized that the even if the inhaler was semi-conscious the sensation of pain was considerably dulled by the gas. His initial recommendation to use the gas for surgery was ignored. It was forty-fives years later that nitrous oxide was finally used as an anesthetic by dentists. 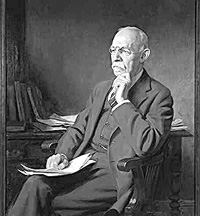 Rubber Gloves for More Sterile Operations
William Halsted introduced the use of rubber gloves for surgery. His operating room nurse was allergic to antisepsis chemicals. Halsted set about developing a glove to prevent her from developing dermatitis. Goodyear Rubber Company fashioned thin rubber gloves for the nurse that did not affect the ability for delicate touch needed in surgery. The gloves, while designed initially to protect the nurse, created a sterile operating room and decreased the number of post-operative infections.

Learning to Control Diabetes
German physicians Joseph von Mering and Oskar Minkowski accidentally discovered the relationship between the pancreas and diabetes. In 1889, they removed the pancreas from a healthy dog to study the organ’s role in digestion. A few days after the surgery, the physicians observed flies feeding on the urine of the dog. The dog was secreting sugar in its urine, which is a sign of diabetes. The dog had been healthy before the surgery and now had diabetes. The doctors were now aware of the relationship between the pancreas and diabetes. This knowledge eventually lead to the isolation and clinical use of insulin in the treatment of diabetes.

These three examples only scratch the surface on accidental discoveries: there are countless stories of how serendipity intervened to lead people to advancements in medical knowledge.  Thanks to the keen observation and forethought of these “accidental inventors,” many of these advancements have come to be great as those sought after on purpose.  No better explained than by Louis Pasteur, himself: “In the fields of observation chance favors only the prepared mind.”