Who invented the frisbee? Wasn’t there something about college campuses? 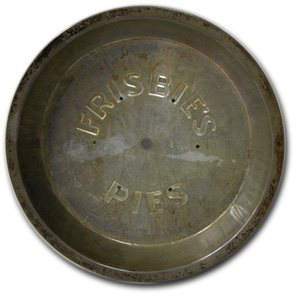 Early history of the frisbee is somewhat unclear, with many people claiming that they were the first to throw a pie pan. However, we do know the first people who turned the leftover pie trash into a plastic toy.

Several colleges wanted to be recognized as “he who was first to fling.” One story included a claim by Yale College that one of their students, Elihu Frisbie, was the first person to throw tin trays after snagging a collection tray of pies from the chapel. The student was the creator of the Frisbie fling.

Many people believe that this story is untrue because the pie pans were embossed with ‘Frisbie Pies’, which is where the name for the toy came from, not a student ‘Frisbie flinging’ a plate.

Walter Morrison and Warren Franscioni invented a version of the first plastic frisbee in 1948. This version flew much further than the pie pans. After separating from his partner, Morrison continued to work on a basic plastic model for the modern frisbee and called it Pluto Platter. He received design patent 183,626 for a flying toy on September 30, 1958. Morrison sold the rights in 1957 to toy manufacturing company; Wham-O.